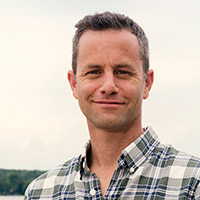 Kirk Cameron has been a part of the national landscape since starring as Mike Seaver in the ABC hit “Growing Pains.” That role turned him into a cultural icon in the 1980s, with his mullet hairstyle, cool sunglasses, and wisecracking comebacks. Since then, he’s appeared in numerous television and movie productions, including the Left Behind series, Monumental, and Fireproof—the marriage-centered film that became the #1 grossing inspirational film of the year. He’s been featured on Nightline, Fox News, and CNN and currently travels the country speaking to 30 churches a year as part of the “Love Worth Fighting For” marriage conference. In the fall of 2016, he hosted a live Fathom theater event called Revive Us—a “national family meeting” urging people of faith to return to biblical principles and to create a hope-filled future for our children. The event took place in more than 750 theaters across the United States and was seen by more than 150,000 people. He and his wife Chelsea have been married for more than 25 years. They met on the set of “Growing Pains.” Together they have six children and host an all-expenses-paid summer camp for terminally ill children and their families called Camp Firefly. 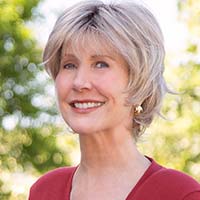 Joni Eareckson Tada, the Founder and CEO of Joni and Friends International Disability Center, is an international advocate for people with disabilities. A diving accident in 1967 left Joni Eareckson, then 17, a quadriplegic in a wheelchair. After two years of rehabilitation, she emerged with new skills and a fresh determination to help others in similar situations. She founded Joni and Friends in 1979 to provide Christ-centered ministry to special-needs families, as well as training for churches. Joni and Friends serves thousands of special-needs families through Family Retreats, and has delivered more than 170,000 wheelchairs and Bibles to needy individuals with disabilities in developing nations. Joni survived stage III breast cancer in 2010, yet keeps an active schedule. Her newest book, A Spectacle of Glory, won best devotional book in the Evangelical Christian Publishers Association’s 2017 Christian Book Awards. The book contains fresh biblical insights from her battle with chronic pain. Joni is the General Editor of Tyndale’s Beyond Suffering Bible, a special edition published for those who suffer chronic conditions, and their caregivers. She and her husband Ken were married in 1982 and reside in Calabasas, California. Learn more 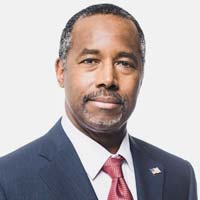 Dr. Benjamin S. Carson, Sr., M.D., served as Director of Pediatric Neurosurgery at the Johns Hopkins Children’s Center for nearly 30 years. He assumed that position when he was just 33 years old, becoming the youngest major-division director in the hospital’s history. Dr. Carson received dozens of honors and awards in recognition of his achievements including the Presidential Medal of Freedom, the nation’s highest civilian honor. He is also a recipient of the Spingarn Medal, the highest honor bestowed by the National Association for the Advancement of Colored People (NAACP). Dr. Carson authored nine books, four of which he co-wrote with his wife Candy. He graduated from Yale University and earned his M.D. from the University of Michigan Medical School. Dr. Carson and his wife co-founded the Carson Scholars Fund, which recognizes young people of all backgrounds for exceptional academic and humanitarian accomplishments. He and his wife are the proud parents of three adult sons and three grandchildren. 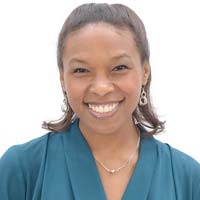 Trillia Newbell is the author of Enjoy: Finding the Freedom to Delight Daily in God's Good Gifts; Fear and Faith: Finding the Peace Your Heart Craves; United: Captured by God's Vision for Diversity; and a new children’s book, God’s Very Good Idea: A True Story of God’s Delightfully Different Family. Her writings on issues of faith, family, and diversity have been published in the Knoxville News-Sentinel, Desiring God, Christianity Today, Relevant Magazine, The Gospel Coalition, and more. She is the Director of Community Outreach for the Ethics and Religious Liberty Commission for the Southern Baptist Convention. Trillia is married to her best friend, Thern, and they reside with their two children near Nashville. Learn more 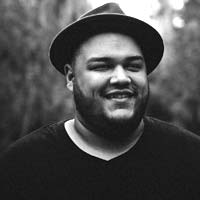 Christian Cuevas was seen on season 11 of NBC's Emmy® Award-Winning show The Voice. He brings a plethora of different styles of music to the stage, but the one thing that stays the same through it all is his passion in every performance. From the millions of views on all of his segments on The Voice, to the 19,000 downloads in three days of his performance that went viral and got him to the Top Charts on Billboard. Throughout his journey, he has had the honor of working with artists such as Alicia Keys, Charlie Puth, Garth Brooks, Dolly Parton, Stevie Wonder, Ariana Grande, and many more. His vocal mix includes Soul, R&B, Contemporary, and Singer/Songwriter. His passion is for God first, then his music. Learn More

Jennifer Rothschild is the founder of Fresh Grounded Faith events for women. At the age of 15, she was diagnosed with a rare, degenerative eye disease that would eventually steal her sight. Her dreams of becoming a commercial artist and cartoonist faded. Words and music have replaced her canvas and palette for more than 35 years. Jennifer’s newest curriculum resource is the DVD-based Bible study Hosea: Unfailing Love Changes Everything. She is the author of 14 books with combined sales of over a half-million, including the newly released Me, Myself and Lies; Lessons I Learned in the Dark; 66 Ways God Loves You; and God Is Just Not Fair. Jennifer has shared her life story on “Good Morning America,” “The Today Show,” “Dr. Phil,” Billy Graham, “The 700 Club,” “LIFE Today,” and countless other outlets. 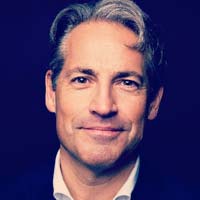 Eric Metaxas is the New York Times #1 bestselling author of Bonhoeffer, Martin Luther, Miracles, Seven Women, Seven Men, Amazing Grace, and If You Can Keep It. He has also written more than thirty children’s books, including the bestsellers Squanto and the Miracle of Thanksgiving and It’s Time to Sleep, My Love, illustrated by Nancy Tillman. His books have been translated into more than twenty languages. He is the host of the Eric Metaxas Show, a nationally syndicated radio program heard in more than 120 cities around the U.S., featuring in-depth interviews with a wide variety of interesting guests. He is a Senior Fellow and Lecturer at Large for the King’s College in New York City and speaks to thousands around the U.S. and internationally each year. Learn more 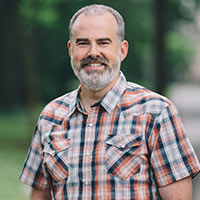 Alex Kendrick has dedicated his life to serving Jesus Christ and making His truth and love known among the nations through movies, books, speaking, and prayer. He has co-written, directed, and acted in all five Kendrick Brothers’ movies: War Room, Courageous, Fireproof, Facing The Giants, and Flywheel. In 2002, Alex wrote, directed, produced, and acted in Flywheel with the help of 60 church volunteers. Over the years, Alex has received more than 30 awards for his work. In addition to his own films, his other acting credits include the films The Lost Medallion and Moms’ Night Out. Alex and his brother Stephen co-authored multiple bestselling books, including their latest, The Battle Plan for Prayer (a New York Times bestseller). The Love Dare, a No. 1 New York Times bestseller, has been translated into more than 30 languages. Other books include The Love Dare for Parents, The Resolution for Men, and The Love Dare Day by Day. Alex and his brothers Stephen and Shannon operate Kendrick Brothers Productions. Alex and his wife Christina live in Albany, Georgia with their six children. 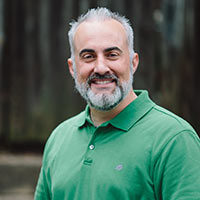 Stephen Kendrick has dedicated his life to serving Jesus Christ and making His truth and love known among the nations through movies, books, speaking, and prayer. He is best known for co-writing (with his brother Alex) and producing the five Kendrick Brothers’ movies: War Room, Courageous, Fireproof, Facing The Giants, and Flywheel. Released in 2015, War Room became the No. 1 movie in America and was subsequently seen in theaters in more than 20 countries. Stephen works with Provident Films and LifeWay Christian Resources to develop Bible study resources for each movie. Stephen and Alex have also co-authored the bestselling books The Love Dare, The Resolution for Men, and The Battle Plan for Prayer. The Love Dare became a No. 1 New York Times bestseller and has been translated into more than 30 languages. Stephen and his brothers Alex and Shannon operate Kendrick Brothers Productions. He serves on the board of the Fatherhood Commission, a network of like-minded organizations committed to the issue of strong fatherhood. Stephen and his wife, Jill, live in Albany, Georgia with their six children. 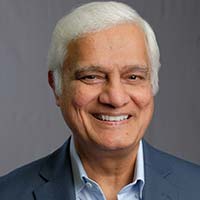 Ravi Zacharias is Founder and President of Ravi Zacharias International Ministries (RZIM). He has spoken all over the world for 45 years in scores of universities; at National Prayer Breakfasts in the U.S., Canada, and England; at the First Annual Prayer Breakfast for African Leaders in Mozambique; and he has addressed writers of the peace accord in South Africa and military officers at the Lenin Military Academy and the Center for Geopolitical Strategy in Moscow. Born in India in 1946, Ravi immigrated to Canada with his family twenty years later. While pursuing a career in business management, his interest in theology grew; subsequently, he pursued this study during his undergraduate education. He received his Master of Divinity from Trinity International University in Deerfield, Illinois. He is well versed in the disciplines of comparative religions, cults, and philosophy. Ravi has authored or edited more than 25 books including the Gold Medallion-winner Can Man Live Without God?; Walking from East to West; The Grand Weaver; Has Christianity Failed You?; Why Jesus; Beyond Opinion; and Jesus Among Secular Gods (coauthored with Vince Vitale). Learn more 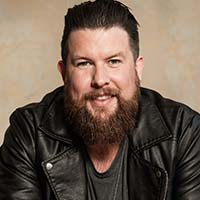 Zach Williams is a husband, father, singer, songwriter, worship leader, campus director at his home church in Arkansas, and now, recording artist. “Chain Breaker,” Zach’s debut single, has already impacted millions of people as a No. 1 hit on iTunes, SoundScan, and 15 weeks as the No. 1 song on Christian radio. The song was nominated for a GRAMMY® Award, won the K-LOVE Award for Breakout Single of the Year. Zach released his first full-length album, Chain Breaker, in December of 2016, and he’s had the opportunity to tour with artists such as Chris Tomlin, NewSong, and soon, Casting Crowns. His latest single “Old Church Choir” is currently in the top 10 at Christian radio. Zach’s music comes from a place of humility and honesty, as his songs are a direct reflection of God’s redemption in his life. Learn more 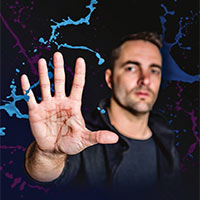 Jared Emerson is an American artist who travels the world offering his performance art for fans, ministries, corporations and art collectors alike. His art has raised significant financial resources for global charities. Jared’s passion was the result of being raised in a loving Christian home as he incorporates his values into every aspect of his life and work. His personal mission has led him to perform and create art for a large number of churches and charities around the world. His “Face of God” is his most requested performance piece. In 2013, it was featured on the hood of Michael McDowell’s car at NASCAR’s Talladega race. In 2014, as a part of the Winter Jam concert tour, Jared performed live in front of more than 500,000 people. Learn More 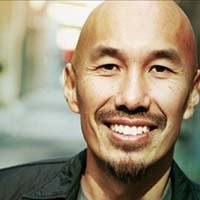 Francis Chan is the best-selling author of Crazy Love, Forgotten God, and You and Me Forever. Currently, Francis is planting churches in the San Francisco area. Together, Francis and his wife Lisa raise their seven children in Northern California. Learn More 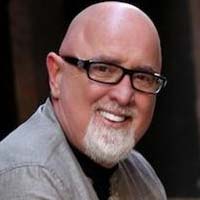 James MacDonald (D. Min.) is the founder and Senior Pastor of Harvest Bible Chapel, which began in 1988 with 18 people and now welcomes 13,000 people to its seven Chicago-area campuses each week. He began the Bible-teaching ministry Walk in the Word on one station in 1997. Now, Walk in the Word can also be seen on television and online, reaching more than three million people around the world every day. In 2002, James founded the church-planting network Harvest Bible Fellowship. Under his leadership, more than 170 vertical churches have been planted on four continents. James has authored several books and Bible studies, including: Act Like Men; Vertical Church; Lord, Change Me; When Life is Hard; Always True; and The Will of God IS the Word of God. Learn More